Equalizer (EQ) pedals are maybe the most useful tools in a signal chain. It can make a bad sounding amp to sound good, it can simulate the “radio effect”, it can manipulate some other effects to react differently. 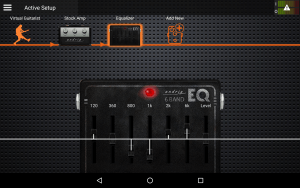 If you have a vintage sounding amplifier and you want to make it sound modern, you can use an EQ pedal right after the amplifier (in the FX-loop if you’re using a real-world amplifier). Cut the mids (around 500Hz to 1000Hz) a few dBs. Bump up the low-mids (100-200Hz) and high-mids (1000-4000Hz) few dBs. Voila. You have a modern sounding amplifier.

If you need a vintage sounding amplifier while you have a modern one, then you do the opposite

︎ Bump up the mids, cut the low-mids and high-mids.

2 – As a booster pedal for solos 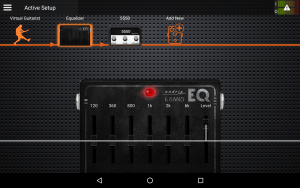 If you have a low output guitar like a Stratocaster and you want to have some high gain tones, then you need a booster pedal or an overdrive pedal to boost your signal. OR you can use an EQ pedal in front of your amplifier. Push the volume slider up (and don’t touch anything else) of your EQ pedal until you are satisfied with your high gain tone. You have a transparent booster pedal. 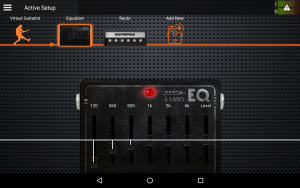 If you’re a metalhead you may have heard the term “DJENT”. And if you have a low-tuned or 7/8/9 string guitar you’re probably trying to achieve tones of Periphery and/or Meshuggah

Fear not. There’s an easy way. You can use an EQ pedal in front of your amplifier to get similar tones. Just lower the frequencies gradually to the left starting from 800Hz. Lesser the bass going into the amplifier, djentier the tone. Don’t forget to use a noise gate.

4 – For retaining tone after drive pedals 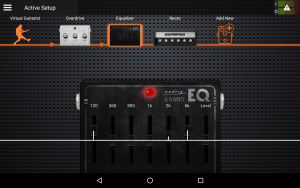 Overdrive pedals are really useful tools for adding some “dirt” to the tone. But they suck some of the very high and low frequencies because of their architecture. If you put an EQ pedal right after your favorite overdrive, you can take those frequencies back. Just push 120Hz, 2kHz, and 6kHz up a little bit. You’re back on the original tone of your guitar. 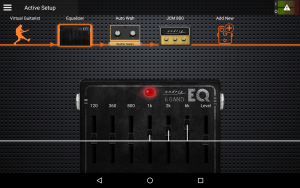 You can use the AutoWah pedal in many different styles. Funk, reggae, rock, disco… you name it. They all sound different of course, therefore, you may think that you need different wah pedals. Nope, let me explain.

Autowah pedal works based on your input. It reacts to the amount of level of the incoming guitar signal. Your signal triggers the WAH effect. 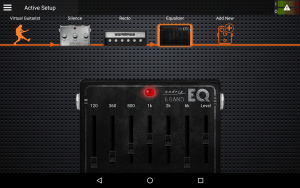 Put an EQ pedal after the amplifier. Takedown the highs and lows. You got a radio effect

. Use it in and out from time to time to increase the impact of your songs.