Lamb of God: How to get the iconic guitar sound at home, without wiping your bank account

The iconic metal band’s latest album crowned the third decade of their career for sure. They once again rule out the standards, and release a self-titled album as their 10th.

Lamb of God carries the golden aspects of old school thrash metal. In addition, they have bolted a metalcore engine on to it, and filled the tank with grindcore gasoline.

The band is notorious for their loyalty to the Mesa Boogie amps. Their most prominent era is marked by the iconic Dual Rectifier sound.

Lamb of God sound mix can handle the two separate guitars by using the EQ as a leverage.

Lead guitar: Bright, more mids to stand out among the band.

The modern high-gain amp used with a compressor and an EQ provides a distortion without giving a muddiness to the tone.

However, it is no secret that you simply cannot use such an amp at home .

This brings us to the bleeding scar of many guitarists – volume. On a tube amplifier, volume plays a critical role in tone. A common mistake is to buy an amp that is way more powerful than you’ll ever be able to realistically utilize. That half stack looks great in the corner of your room. However you’ll never achieve a decent sound at an acceptable volume in a confined space. What you can do is to invest in a low wattage amp. Either way, you’ll be sacrificing the ultimate tone.

Lamb of God guitar sound might get tricky to achieve with regular amps and pedals at home. So you can be in full control of your sound with the decent amp modelling and effects pedal simulation of Deplike. For instance, there are high gain amp, distortion, EQ, compressor and sustainer options to restore clarity with your metal guitar tone on your Android and iOS devices. No need to worry about panicking over squeaking amps and muddy distortion tones.

Our talented friend Berkay worked out his own version of the Lamb of God guitar tone using the Slo 100 tube amp and the Sustainer pedal by Deplike. 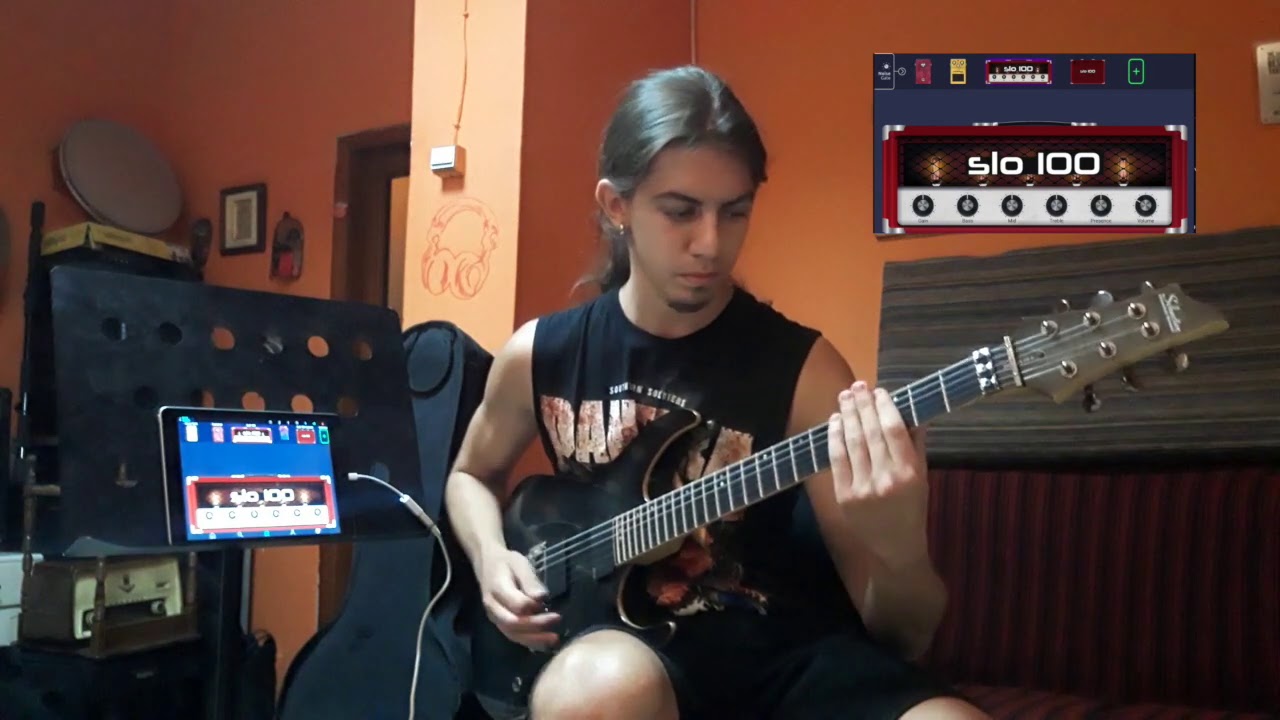